Bike share is an extension of the municipal/regional transit system, filling in the “last mile” of transit service not covered by rail or bus, and consequently is an important component of municipal/regional services that can be improved, made more efficient and supported through this regional initiative.

A bike share system consists of a network of stations placed throughout a municipality, from which a bike can be taken and returned to any other station. The availability of a bike sharing system is a relatively inexpensive and quick implementation extension to the existing public transit offerings in the communities that are core regional government services available to the public. It provides an option for urban transportation that will open up downtown's to a new form of exploration that is non-polluting, active, healthy, and engaging. For the last two years, Holyoke, Amherst, South Hadley, Springfield, and Northampton have been collaborating in partnership with the Pioneer Valley Planning Commission, to advance efforts that will bring bike sharing to the region. After completing numerous studies, drafting a system that works for the city, town, and the region, and securing federal funds to help with the purchase of the equipment capital, the goal currently is to implement a pilot scale program by Spring of 2018.

Many bike share programs have been able to cover all or a portion of their operating costs by utilizing a combination of sponsorship, advertising, and user revenue fees which the municipalities look to leverage to sustain the annual operating costs of the program. Federal funds have been recently secured to purchase the necessary capital equipment, including bikes and bike stations, for all participating communities of the ValleyBike Share system. 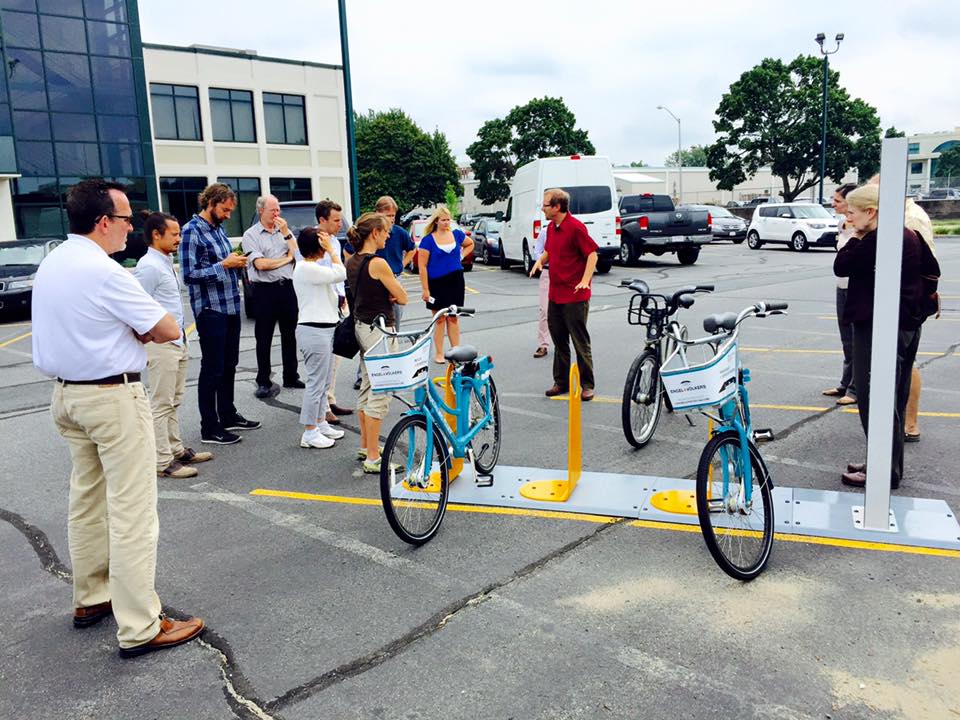 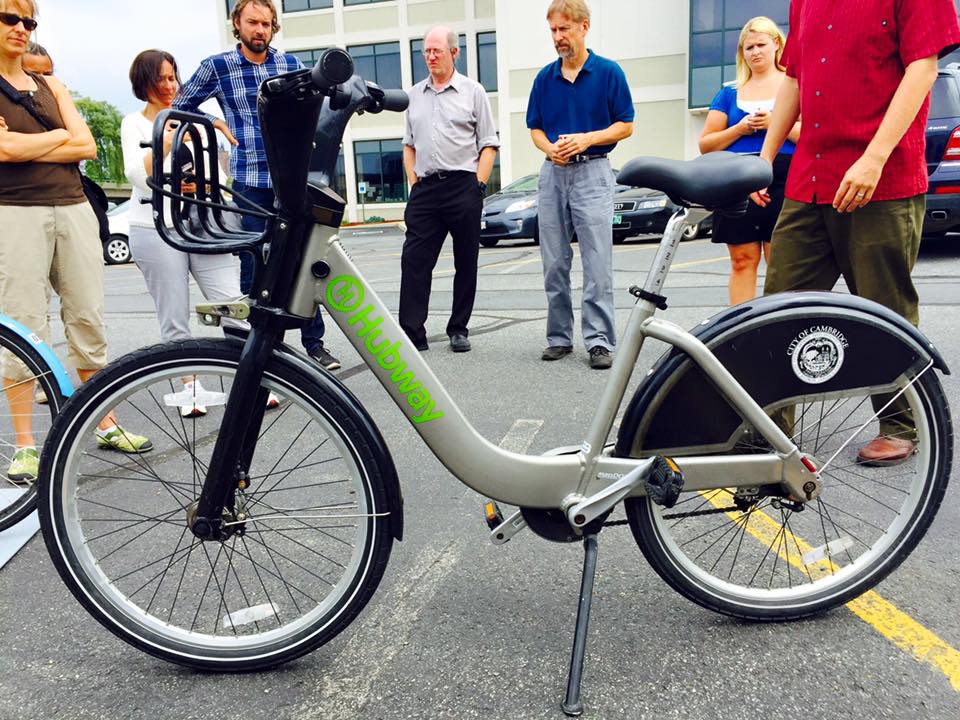 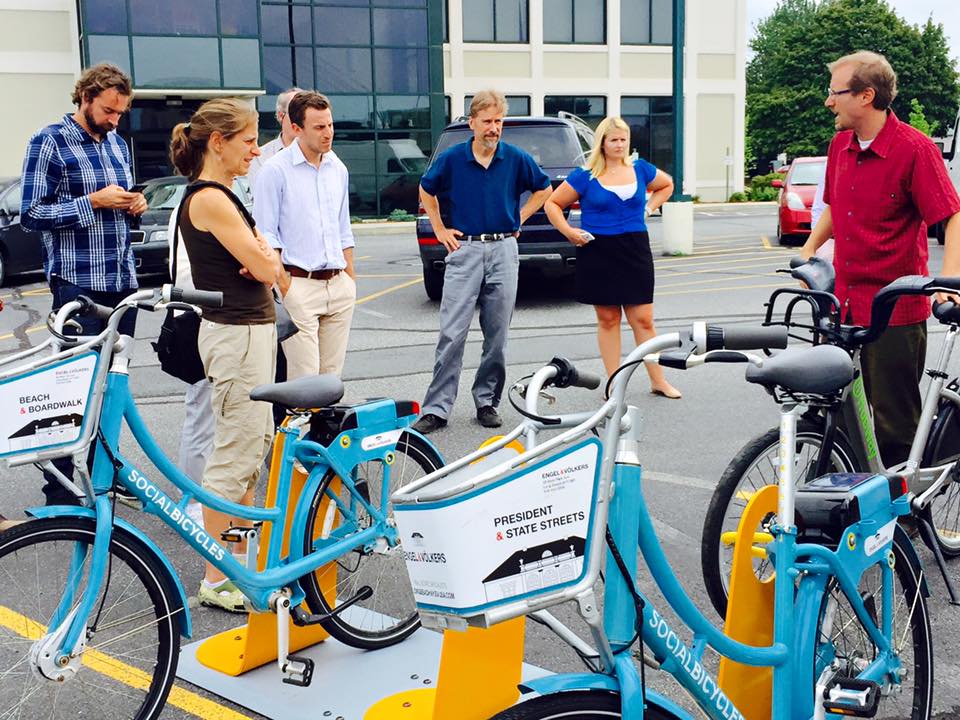 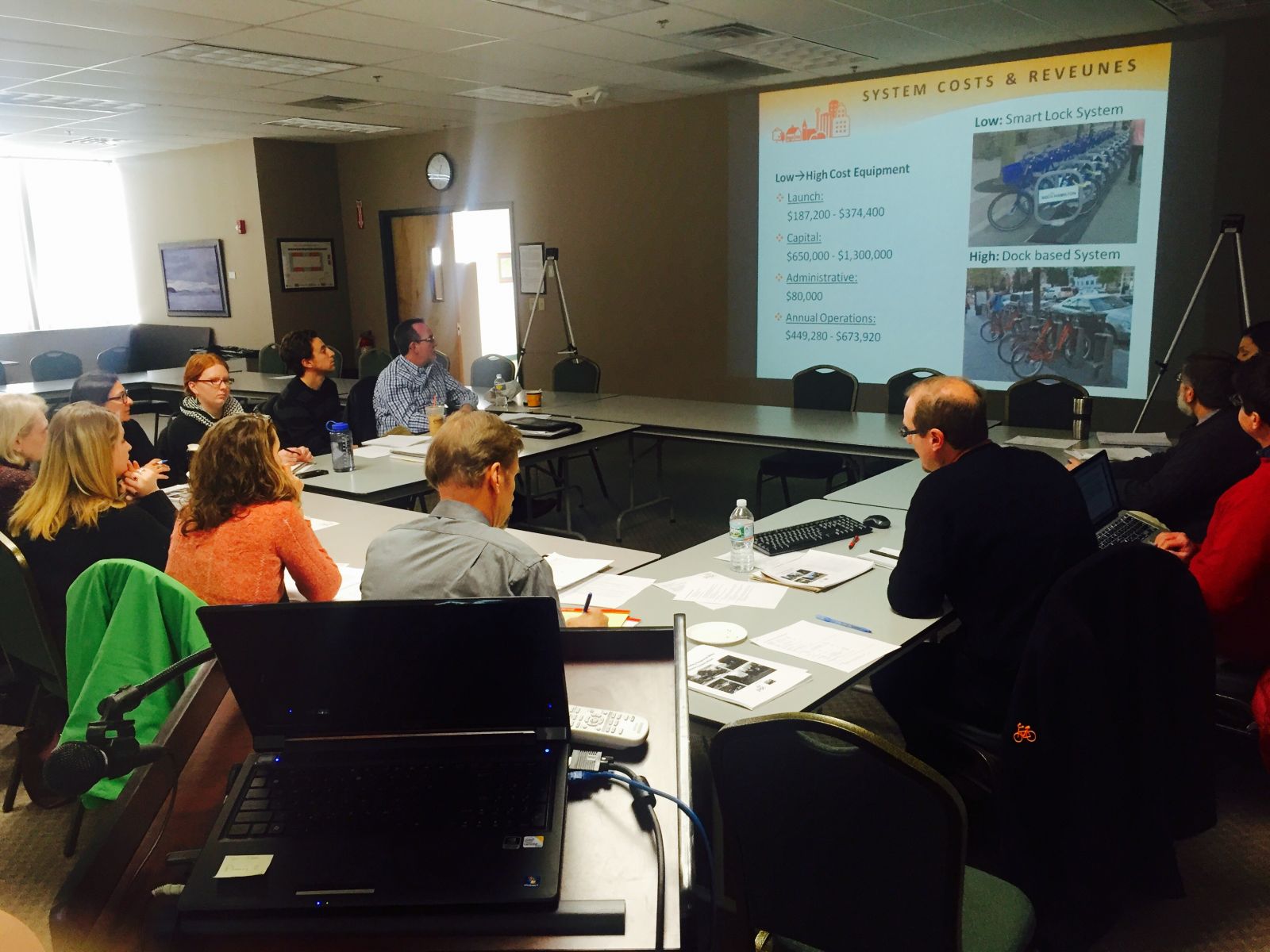 There are several major existing assets in the greater region that influences the use of a bike share system in which helps solve the "last-mile problem" by expanding the distance people can easily travel in order to get to their nearest destination. These assets include:

Moreover, the Pioneer Valley’s Our Next Future Plan (2014) identified locations in the Pioneer Valley that are best suited for transit-oriented development (TOD). Transit-oriented development is generally mixed-use, dense, and walkable, in order to maximize the use of transit. The map in Appendix A shows all locations that were examined in the Pioneer Valley for potential TOD, shown in pink. After assessing the potential of these 30 sites based on their current walkability, density, and public transit availability, they were ranked and prioritized. Of the top ten locations in this prioritized list, most are located in Amherst and Holyoke as well as the other partners of this venture which includes Springfield, and Northampton. (See Appendix A - Locations Best Suited for Transit Orientated Development in Amherst, Springfield, Holyoke, and Northampton). As for South Hadley, the town sits directly in between Holyoke and Amherst which will link these communities for riders who look to utilize the system for travel cross-jurisdictionally.

PVTA's annual ridership is just over 11 million and the system has approximately 15,000 to 20,000 regular riders. The Springfield Bus Terminal has approximately 7,500 PVTA customers traveling on approximately 550 buses each weekday. Surveys conducted by the PVTA have found that riders primarily use the system for commuting to work and school. Most residents have low incomes and are dependent on the bus for transportation, with almost 75 percent of riders make less than $20,000 per year, 60 percent of riders not owning a car, and 80 percent indicating they have no other way to make their trip other than using PVTA. A bike sharing system will greatly benefit these riders as it will provide a convenient alternative for trips that are too far to walk but not far enough to justify waiting for a bus.

There are 13 public and private colleges and universities located within the region, and 10 of these are located in Northampton, Amherst, Holyoke, South Hadley, and Springfield. Together, these educational institutions employ over 13,000 people and have a student enrollment population of more than a 100,000 within two distinct geographic clusters. In the northern half of the region, the well-known Five College area is home to the University of Massachusetts Amherst, Smith College in downtown Northampton, Mount Holyoke College in South Hadley, Hampshire College, and Amherst College. These five institutions together graduate approximately 6,000 to 7,000 students a year and employ approximately 8,382 people. The University of Massachusetts in Amherst employs approximately 4,800 people, making it the largest educational institution in the region and the third largest single employer within the Pioneer Valley. In the southern half of the region, the Cooperating Colleges of Greater Springfield encompass the remaining eight colleges within the Pioneer Valley region. These eight colleges - American International College, Bay Path College, Elms College, Holyoke Community College, Springfield College, Springfield Technical Community College, Western New England College, and Westfield State University - employs approximately 3,922 people and graduate nearly 7,000 students a year. Together, the 13 colleges and universities afford residents of the Pioneer Valley region a multitude of educational opportunities and provide employers with an annual pool of skilled talent. This broad higher education sector provides the region with a strong employment base and a superior foundation from which to launch many of the region’s economic development initiatives. The students and employers of these institutes are likely users of a bike sharing system.

Major benefits a bike share system achieves within a community and the greater region will include: